Fear & Freedom: How do my values impact my life?

Fear has been a sentiment I dealt with through confinement. The sudden state of emergency, the fast-rising numbers of people affected and dying, the chaos in all hospitals, and the lack of leadership from the government created a deep sense of insecurity that I have never felt before. 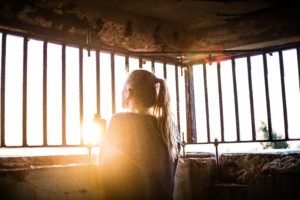 when our emotions get out of control imprison us

This led me to seclude myself even more from the world, disconnecting from social media accounts and limiting my contact to few very close friends and family.

Despite every cell of my body asking for this, taking that decision was tough. It meant giving up the idealized image of who I am supposed to be and accepting who I am. It was a very interesting exercise. Was courage one of my values as I always thought? Was I actively contributing to the world when the world most needed it? Was I helping alleviate the suffering from others as I always told myself I should do?

Well, initially it felt I was not. And it felt disappointing.

What is the real need under the craving?

To deal with my disappointment I decided to further deepen into the study of my values. Were the values I always thought defined me really mine or inherited from my family and society. I read a few books, watched some videos (mind hunger) and wrote a lot in my diary (heart hunger).

This led me to embark on a very enlightening exercise which helped me paint in different colours a few days during confinement. I listed thes values that I always believed were part of my invisible driving force and I set the intention for each day to live the day through the lenses of one value. Observing and experiencing how the day would change.

What an interesting perspective! I found that many decisions changed the outcome completely when taken through the perspective of the different values. Sometimes challenging me to do things in a different way. Sometimes challenging me to involve all my senses to be present despite the lack of willingness to do it. Many times truly questioning myself the real reason behind what I was doing. It brought me straight into the present moment. And away from fear.

One of the areas that was most influenced by this exercise was dealing with food and the cravings that I had experienced in the confinement. Facing the craving holding the value of freedom, for example, changed the experience completely. Sometimes neutralizing the craving and creating a beautiful space to listen and nurture the real need underneath the urge to eat. It created a whole new reality.

This is beautifully described in Viktor Frankl’s book, The man in search of meaning.

“Between stimulus and response there is a space. In that space is our power to choose our response. In our response lies our growth and our freedom.”

What are your personal core values?  How would your day be shaped when lived through the lenses of your values?