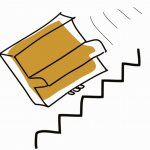 There is something diminishing about “I can’t.” A feeling of smallness. A retraction of possibility, like a turtle pulling its head from a perceived threat. Certainly there are times when from a place of wisdom I’ve said I can’t do particular things. Like I can’t buy a new jacket because I don’t have enough money in my bank account. Times when I’ve said I can’t go somewhere because I already have plans. Or I can’t help because I don’t have the physical strength to lift a piano. Those are times when I acknowledge my limits and in doing so take care of myself.

Let’s face it: this is fear talking. I’ve ventured out of my comfort zone before and the results weren’t what I expected or someone else wanted, so I called it a failure. 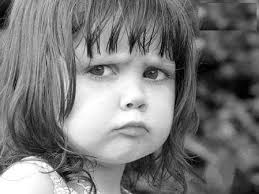 We learn to be incompetent.

This is one of the reasons children learn to say they can’t do something. It’s better to appear incompetent and avoid embarrassment and disappointment up front when you’re not sure you can control the outcome to be successful, good or right. It’s an example of what child experts call “learned incompetence.” Why even try? I’m just going to fail again.

On my third rejection notice from a publisher (there were many more to come) I thought, “Why even try? I’m just going to get rejected again.” That reaction at 5 or 7 years of age is understandable, but at 57? At what age did you learn to be incompetent and what did you gain from insisting you were? More importantly, what do you gain now from maintaining incompetence besides the false sense of protection it touts? We can recognize and honor how as children we first feigned incompetence to avoid or get something we wanted. But now as adults when we regress, “I can’t” dis-empowers us.

Eating mindfully is not outcome-focused. Not having a goal removes the possibility of failing. Bringing awareness to eating is about focusing attention on what is before you and engaging your senses. This relieves you of habituated patterns learned in childhood as well as desiring that life be different than it is right now.

What do we gain?

Here are things according to child expert, Katie Hurley, which children gain from saying “I can’t.” As you read the list below see if you can engage your Inner Curiosity rather than your Inner Critic. Remember, these are learned incompetencies which at one point in your life kept you safe in some way. It’s just that now they no longer help you get what you want.

Here’s the question: Are you still practicing any of these in relationship to food and eating?  If so, here’s what you the child, “gain”:

Be curious and experiment

Here’s two fun experiments. Remember, in an experiment there is no success or failure just curiosity, “What will happen?” It’s just an experiment.

As soon as the show is over substitute, “I won’t” in the same sentence. Notice the physical sensation in the body of doing so. Take adult ownership of your choice.  We may unknowingly be dis-empowering ourselves when we don’t recognize that the automatic thought “I can’t” is the problem, not us. It’s just the 4 year old reacting, rather than the 40 year old responding.

We are capable human beings even when our habituated thoughts tell us otherwise. Those beliefs, laid down long ago, are not our fault. When we understand that then every moment is a new opportunity to choose to take care of ourselves differently by responding rather than reacting.

Where do the “I can’ts” appear for you when it comes to eating and food? Are you aware of different physical sensations in the body when you say “I won’t” rather than “I can’t”?  How old were you when you learned to say “I can’t!”?