Are you eating faster to end the Lockdown? Slow down!

By March in Italy, containment had been in operation for a week.

In France, the announcement of a speech by the president suddenly provoked a rush to food stores. Pasta, rice and other basic products have been stormed despite the reassuring messages from the political authorities.  And toilet paper!?

Have you observed this fear of missing out that makes you want to stock up?

I had to make great efforts to reason my “monkey mind” and buy only what I reasonably needed. 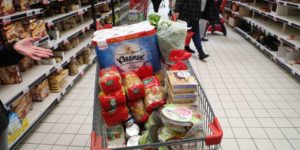 Then a certain routine set in.

Each family looked for the best rhythm according to the age of the children. Some keep all the meals together, others only do it in the evening. Others take turns cooking. Some people, torn between the desire to eat healthy food and the lack of desire to cook, eat only one meal a day.

Cooking keeps me busy, I forget about everything else. I observe that I am very creative, we have never eaten the same thing twice. Insidiously, I have made cooking my “territory”, “allowing” my husband and his son to be there only to do the dishes!

In the stores, the quantity of flour sold was multiplied by 5!  Cakes and “crêpes” occupy and feed the children with joy and at low cost. 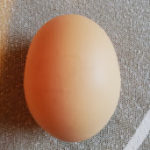 The other sales champion currently in France is the egg!   Easy to make, multiple recipes and economical, they are an answer to the lunch meals that were usually taken at the canteen or in restaurants,

I especially like poached eggs, and my technique has improved a lot.

Did you ever eat  “ un soufflé au broccoli” ?

The queues in front of cheap shops have become interminable, solidarity networks in working-class neighborhoods are facing increasing demands from week to week.

People suffering from eating disorder are widely encouraged to stay in touch with their therapist.

After noting the shortages of masks and medicines produced abroad; food self-sufficiency in France is a matter of debate. Anyone who can, do a vegetable garden, discreetly encouraged by the state.

Let’s hope that this crisis is an opportunity to massively develop responsible agriculture.

https://www.arte.tv/fr/videos/086137-000-A/manger-autrement-l-experimentation/?fbclid=IwAR0tec_5QegSReruhJ4V5yqHwLXl2gxAIN5vM975XkTqt8Rr4wZtYmaEv3E (eat differently – a documentary in French or German) 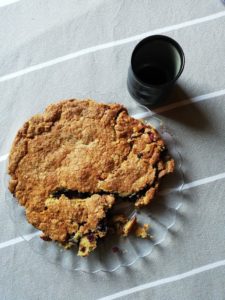 The weight gain is almost general, everyone talks about their 1.2 or 3 kilos more. Indeed, I feel tighter in my jeans, (and it didn’t come out of the washing machine ☺).  One part of me is unhappy and tells me to reduce food, chocolate and other sweets… Another part reminds me that the constraint of confinement is already quite difficult to manage. My weight will regulate itself later; when I will have resumed my activities that leave less time and space for thoughts of food.  So should I do nothing??

And the wisdom of the body telling me, gently and firmly, SLOWING DOWN.  Just SLOWER.

Indeed, I’m eating faster than usual, as if that would make the end of the lockdown go faster.

What do you think? 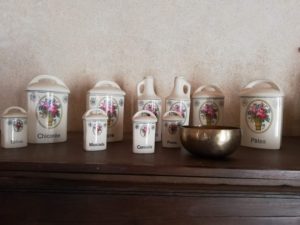