Lessons from the field: Our shared humanity makes the difference

The more I recognize my suffering, the better I understand the suffering of others. I see our shared humanity and that makes all the difference in the world. This was not always clear to me.

A crisis with a client a few years ago gifted me with some insight. The woman struggled with body image and tried, at great length, to punish her body — she had been abusing laxatives to control her weight —  if it didn’t conform to her ideas of beauty or acceptability. As a result of the harshness with which she was treating her body, she was hospitalized with a depletion of electrolytes. She suffered a severe dysregulation of potassium and sodium. Her purging behaviors had escalated together with excessive exercise, and as a consequence her body broke down. 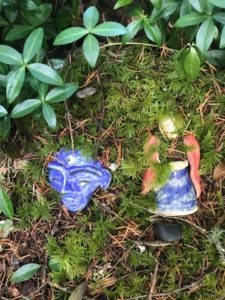 In session, the woman was remorseful, fully conscious of what she had done to her body. My first reaction surged in, a familiar tendency: I judged her for not controlling her impulses. Next, a part of me felt like her crisis was my failure, and I blamed her in my head. A part of me felt like a bad therapist, like her failure was evidence of my incompetence.  I felt in deficit and almost simultaneously I felt shame. I struggle with my inner critic when I don’t feel up to par.  I was doing it with her. Was my inner critic barking up the wrong tree?

The first Noble Truth of Buddhism teaches us that dukkha, suffering, is an unavoidable part of life and it comes from our attachments and desires. Is shame a form of unnecessary suffering? I certainly felt like the little hamster whirling dizzily in the wheel of shame. The more I felt it, the more I tried avoiding it, the deeper I sank into shame.

It was not until today, as I was preparing to give a lecture that I became clear about what was behind my judgments toward the woman whose electrolyte got depleted. It was obvious to me as I was rushing to the pantry to grab a bag of dried fruit. I stopped to ask myself, “What is really hungry in me?” as I realized my last meal had barely hit my stomach and I was already on a scavenger hunt. I heard a loud, old voice saying, “You are not good enough, prepared enough, smart enough” and so on. When I checked in with my stomach, I felt it was full. It was not stomach hunger that was taking me to the pantry. I was confusing shame with stomach hunger. The inner critic was shaming me. I was invited to lecture because my colleague trusted in my abilities, yet I was consumed by doubts. Where on earth do we ever find so much energy for self-criticism? 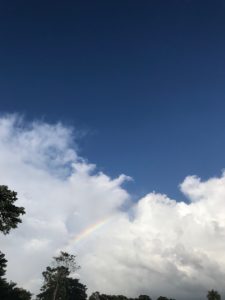 Here I am, willing to take the lesson my conditioned thinking has generated and use it as fuel for my own growth. I want my life to be about alleviating unnecessary suffering while grasping our common humanity at its fullest. When I recognize my suffering, I see the suffering of others more clearly. By recognizing my own flaws, my own unskillfulness, I begin to stand more balanced at the threshold of the life I want to create.

Is this way of relating to others one that can keep us humble, inspired and reaching for growth?