Letting Go of the Outcome: The Wisdom of Mentorship

As a new teacher there is so much to think about…logistics, following the curriculum, using the scripts, maintaining the container, and so many other aspects of the Mindful Eating practice. My goal was to be present, patient, and to let go of the outcome even amidst the ever growing list of questions that I had. Would I be able to guide the participants of the group like Jan and Char? What if I wasn’t skillful during inquiry?  Am I doing this right? Letting go of the outcome was in direct competition with my need for order, for all things to have a resolution, and my desire to be a good teacher. Yet, listening, patience, presence, and mentorship were the tools necessary for acceptance.

The principles of mindfulness and mindful eating are so supportive and useful in my own life, both professionally and personally. It is 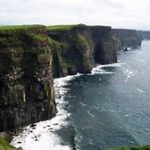 what propelled me to embark on this journey to teach mindful eating. I have regularly returned to the practice of letting go of the outcome, because of the compassion that it imparts to live in the present.  The practice of letting go has relieved my own suffering, so my hope has been to impart this same wisdom to my mindful eating participants. At first, I likened the idea of letting go of the outcome to stepping off of a cliff. Later I learned, this frightening visual was in direct contrast to what letting go really is- a way of being with and allowing for what is already here. Letting go is no longer scary to me, it’s welcoming and freeing.

Mentorship helped guide me like the roadmap I so desperately needed. The guidance and wisdom that organically arose when Char would ask questions allowed for clarity so necessary with this work. One vivid example occurred during week six of mentorship. I felt the classes were going well and that personal growth seemed to be arising for the participants. Char asked one simple question about the group inquiry and “pleasing” behaviors.  It dawned on me that I had been so focused on all the participants getting something out of the classes and being “okay” that I had missed the key element of letting go. 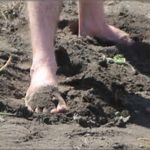 Char suggested during inquiry in my next class that I “plant my feet as if standing barefoot in the dirt and settle in.” This image resonated so deeply. I could relate it to the words of the poet, Kabir, “Stand firm in that which you are.” As a new teacher, it was so freeing and empowering to be able to allow and accept the outcome and to bear witness to the participants and their experiences. To firmly root myself in the present moment, opened space and brought clarity. There was no longer teacher and participants, but shared humanity. To let go of the outcome was to stand with feet firmly planted, not losing my footing and falling, but accepting life’s experiences as they arose.

How might the mentorship process support your Mindful Eating skills personally and professionally? What do you notice when you accept life as it is and let go of the outcome?