The self-compassion trap. What’s going on? 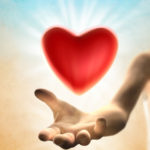 Joanna just couldn’t figure out why it wasn’t working. She was practicing the beautiful phrases she’d learn in the self-compassion program daily. She knew them by heart and felt consoled and comforted as she recited them. She could feel the tightness in her chest melt away. Sometimes she would imagine compassion pouring into her, cooling the hot shame and frustration in her throat.

Two hours later she’d find herself bingeing on Oreo cookies till the box was empty.

She knew the cycle. She’d drag herself out of bed at the last minute every morning, arrive at a job she hated and a boss she feared 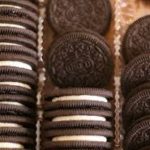 was momentarily going to fire her, endure the nasty traffic on the drive home, enter the no-tell kitchen and then — on automatic pilot — binge on her stash of sweets until the unbearable feelings were numbed and her brain became cloudy.

Her feelings were numbed until the Inner Critic started in with its self-hatred routine. Then Joanna would pull out all her self-compassion practices and repeated them over and over until she couldn’t hear the Critic’s familiar ranting. It was still the same old cycle, but now it was overlaid with exercises in validating her feelings and giving herself compassion.

Later than night she’d find herself in front of the TV in a stupor mindlessly licking the last crumbles off her fingers.

Why wasn’t self-compassion helping her stop this vicious cycle? Why did she continue to have debilitating, self-hating thoughts and feelings?  She wondered, maybe she wasn’t doing the practices right or often enough? Enter the Inner Perfectionist, followed by the too eager Pusher and the sneering Inner Critic.

What happened to Joanna is not uncommon. When compassion practice is directed to one’s self and not firmly established in the context of self-responsibility, it can act only as a salve to temporarily soothe difficult, unwanted feelings and thoughts. When practiced in this way, it maintains habituated cycles of behavior rather than creating the possibility of choice and a different way of relating to unskillful habits. Without choice, there is no freedom from conditioned reactions. Practiced without discerning wisdom, self-compassion isn’t skillful.

Compassion practice is a multi-faceted, dynamic tradition. Its purpose is to expose where you have difficulty offering whole-hearted compassion. It reaches beyond one’s self so that we gain perspective and we can see that just as with other people, it is our perceptions and beliefs that are causing us to suffer. 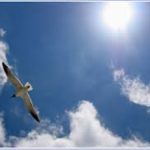 Kindness and compassion are inherent in the practice of mindful eating. We start by learning to be with what arises moment to moment, externally and internally. We learn how to steady ourselves and be with the transient nature of all experiences — pleasant and unpleasant, wanted or unwanted — aware that neither will last.

We learn to embrace our response-ability to take actions of our own choosing, actions that invite more of what we want into our lives, whether that is silence, joy, certain foods, nature, dance or supportive people. These compassionate decisions come about not from an external authority or a memorized practice, but rather from listening to and trusting the wisdom of our own heart and body.

What could be more compassionate than that?

How do actions that arises out of kindness and acceptance of who we are, differ from those insisted upon by our Inner Perfectionist or Critic, or imposed by an external authority?